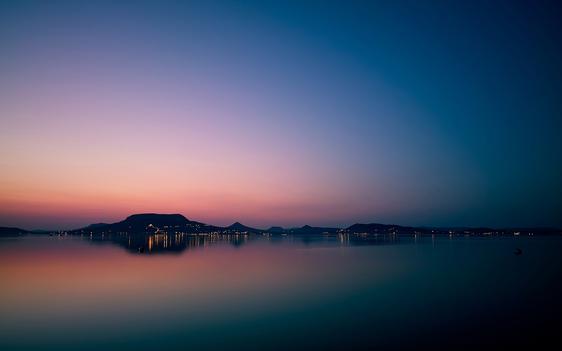 The Balaton Wine Region comprises the six wine districts around and near the lake, including Badacsony, Balatonboglár, Balaton-felvidék, Balatonfüred-Csopak, Nagy-Somló, and Zala, with a total of some 10,000 hectares under vines. The largest in Central Europe, Lake Balaton has a powerful influence on the overall continental climate of the area, making summers cooler, the air more humid, and the winter milder than is the norm at the same latitude elsewhere in Europe. Just as importantly, the Bakony range at a distance from the northern shore protects the lake basin from cold northerly and westerly winds. The area has extremely diverse soils including basalt, red forest soil and rendzina, formed over dolomite-based Pannonian clay, weathered sandstone, loess, Pleistocene loess mantle, cerithium and Triassic limestone, marl, Pannonian sand, clay, and basalt mixture, as well as lassivage brown forest soil, brown earth, chernozem, and erosional soils, both lithic and earthy.

Balaton has 10 districts with protected designation of origin:

The Tapolca Basin on the northern shore of Lake Balaton is known for its eroded volcanic buttes, such as the Badacsony, Csobánc, Szent György, Ábrahámhegy, Örs, and Szigliget hills, where vines are grown on the slopes.

The area is delimited by the taller Bakony range from the north and the lake from the south. This twofold influence biases the default continental climate in a sub-Mediterranean direction, creating weather conditions more tempered than elsewhere in the country. Annual precipitation, mean temperature and the number of sunshine hours are 640 mm; 11.2 °C and 1934, respectively. The tempering effect of the lake, the heat storage capacity of the basalt cones and buttes, and the large water surface’s ability to reflect the sun back onto the slopes collectively result in some of the highest rates of insolation in the country. The basalt caps of the hills and the proximity of the lake guarantee high sugar degrees unrivaled by other wine districts in Hungary, even in the most unfavorable years, which translates into full-bodied, fiery wines unusually rich in aroma and taste.

The bedrock is composed predominantly of basalt, overlain through the millennia by fine-grained sands and clay from the Pannonian Sea. This formation evolved brown forest soils prevalent in the vineyards of Badacsony. The influence of the underlying basalt – a basic and therefore easily weathering – contributes greatly to the quality of the wines by releasing potassium, magnesium, calcium and, particularly, trace elements. Wines grown in such soils tend to have an intense concentration of minerals manifested in an almost salty taste, a Badacsony hallmark. At the same time, the handy-clayey subsoils are responsible for the roundness, smoothness and elegance of the local wines.

The wine district stretches 50 km along the southern shore of Lake Balaton, here and there reaching 20-25 km into the valleys. The vines are planted on the slopes of a range hills trending southwest, at altitudes of 105 to 300 m.

Owing to the influence of the lake, the district is characterized by weather conditions more tempered than the overall continental climate of the country. A Mediterranean anticyclone arriving early in the fall brings long sunshine hours to the harvest season. More than half of the annual precipitation of 623 mm falls during the vegetation period. The average number of sunshine hours is 2000, while the mean temperature is 10.6 °C.

The deeply stratified soils of the area are noted for their superb water and nutrient balance, which renders them relatively immune to drought.

The Balaton-felvidék or ‘Balaton Uplands’ wine district lies to the north of the lake mostly on the slopes of the second range of hills inland from the shore. Criss-crossed by valleys and often presenting steep slopes with an incline greater than 10%, the hills are underlain by the limestone shelf of the Pannonian Sea and are ideally suited for growing vines.

The continental climate of the Balaton-felvidék is to a significant extent shaped by two factors: the cold masses of air rolling in from the taller Bakony range to the north, and the water body of the lake from the south. The vineyards are nestled among extensive forests with a special flora and fauna. On hot summer days, the weather is tempered by humid air rising from the lake, while at night the vineyards are kept cool by a breeze descending from the forested hilltops and especially the Bakony range. The average number of sunshine hours is between 1950-2000, while the annual mean temperature is 11-12 °C. Precipitation averages 650 mm over the year, of which 420 mm falls during the growing season.

The climate is defined by the lake to the south and cool air from the valleys of the Bakony to the north. The vineyards benefit from the breeze rolling out of the surrounding forests at night, offsetting the humid warmth of the lake. The number of sunshine hours is 1950 to 2000 a year, while the annual mean temperature is 11-12 °C. Precipitation measures 650-700 mm a year, with about half of this quantity falling during the vegetation period. The last day with a risk of spring frost falls on April 5th, which is significantly earlier in the year than elsewhere in the country.

The base rock sequence under the vineyards composed of Upper Permian and Lower Triassic rocks, overlain by a mantle of Quaternary debris. The typical soil is lassivage brown earth, with very little variation throughout the district. The notable exception is the unique geological formation known as red forest soil, created by weathering Permian sandstone, a rock with high concentration of iron oxide. High levels of calcium, magnesium, and potassium are also common.

There are three volcanic buttes rising on the eastern edge of the Marcal Basin where the Kisalföld plain borders on the Bakony range: Somló, Ság, and Kis-Somlyó or Lesser Somlyó (Somló and Somlyó are alternative spellings). Most of the vines are planted at altitudes of 170 to 350 m above sea level.

The local climate, shaped by nearby ranges of smaller and taller hills as well as the Marcal River, is tempered and free from extremities, with an early-arriving spring and a mild, rather than harsh winter. As a rule, summer is only moderately hot, and days with a mean temperature over 25 °C, which is injurious to vines, are few and far between. A Mediterranean anticyclone reliably extends sunny days in the fall, making a vital contribution to ideal ripening conditions. A special role is played by the basalt crowns capping the hills, which retain the heat of the sun and function as veritable stoves heating the vines on chillier days in the summer and early autumn. The number of sunshine hours varies between 1950 and 2000. On the average of many years running, precipitation measures at 650 to 700 mm. Constant air movement in the area keeps humidity levels low and fog infrequent.

The buttes are covered by Pannonian sediments (sand, gravel, clay) of Tertiary and Quaternary origin, which, mingled with basalt tuff and calcareous tuff, form the bedrock of the area planted with vines. This weathered bedrock evolved the region’s characteristic brown forest soils, noted for their good water balance properties.

The Zala wine district is situated in the eponymous county west of Lake Balaton, where three regions intersect, namely the western reaches of the Keszthely Hills, the eastern and western section of the Kis-Balaton (a beaded-off section of the main lake), and the valley of the Mura River.

The annual mean temperature is 9-11 °C. Extreme frost and heat that could damage the vines occur only rarely, while larger fluctuations of temperature are successfully damped by the floodplains of the Zala River, and have been reduced even further since the restoration of the Kis-Balaton area. The vine hills trend north to south and are dissected by transverse valleys. Insolation typically stands at 1950-2000 hours a year; annual precipitation is 650-700 mm.